‘It is the story of the soldier who by his personal life and example extolled the virtues of the army and his Regiment. He lived life to the full in keeping with the values given to him by the simple Gorkha soldiers from the hills of Nepal.’

Download our Creative Brief & submit your #ArtOfChange by 27 July http://bit.ly/3goLe1y 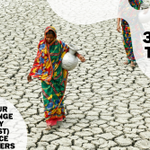 Natural disasters have forced the people in the Sitalpur village in Odisha to constantly rebuild their houses which have been destroyed by these disasters.
Support us as we help people deal with climate change and water scarcity. 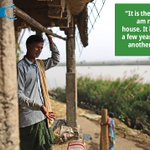 The lack of exclusive access to #drinkingwater, distance to the source of water, poor sanitation and #handwashing habits are a challenge for many households. Hence, preventing #COVID19 from spreading also becomes a challenge.
@IndiaSpend
Read more here 👇https://bit.ly/2VGahFm

Maintaining adequate hand hygiene is a prerequisite for avoiding the #Covid_19 infection. However, in India, where 163 million people do not have access to clean water, handwashing for 20 seconds becomes a luxury for some.
Read the article by @epw_in 👇
https://bit.ly/3ea6mb9